An Aladdin’s cave of all descriptions greets you as you walk into the Wynnum Manly Loan Office in Edith Street.

As you enter the store you are surrounded by an array of electronics, jewellery and sports equipment with everything from snow to surfboards and an array of fishing rods, reels (cannot guarantee you catch a fish though) as well as tools for tradies, an array of children’s toys, mostly new plus a massive range of PS3’s, X-Boxes and even some of the older style systems. Indigenous artwork adorns the walls behind the main counter. Astronomical items such as telescopes have been popular of late according to co-owners George, Yvonne and daughter Tracey.

For many, the pawn brokers shop in Edith Street is a place to find an item, a bargain that you may not find in a mainstream outlet. Whether it’s a pre-loved item or new, Tracey’s mantra is “Second hand does not mean second best”. Not all is second hand with many musical instruments such as guitars being new.

Yvonne says “Over the years we have sold a lot of musical items such as guitars, drums and the traditional recorders to locals including many school children. Ukuleles are especially popular at the moment and many schools are substituting ukuleles for recorders.”

An increase in electrical items has been one of the major changes in their 22 years of running the business.

“We have become a throwaway society” says Tracey, commenting how older TV’s can last longer than their modern digital counterparts.

But you can do more than trade goods at the Wynnum Manly Loan Office. They provide an unofficial counselling service as well, something which their commercial counterparts don’t provide. Yvonne often dispenses advice on budget planning particularly to young customers as well as pensioners who come to sell items and/or borrow money against their item helping to stretch their extra dollar to savings.

“It’s all part of our connection with the community” Yvonne explains, “trying to help make their money go that bit further.”

The store has been owned and run by Yvonne, husband George with the help of Tracey since 1992 with the original store being established 15 years prior, originating at 70 Florence Street. They moved to the current Edith Street location in 2000.

The family had migrated to Brisbane after 30 years in Papua New Guinea and were looking for a business to open. Living then on the North Side they looked around Brisbane before seeing the Loan Office for sale in Wynnum, taking ownership in late 1992.

They quickly settled into the Wynnum community and enjoyed the thriving business district. Wynnum is reminiscent of “a country town” according to Tracey “where you get to know your customers.”

Yvonne adds “We have been able to follow three generations from some families coming to buy and sell items for either home, school, or work and even get to know stories/feedback of items purchased. We have had customers write letters to the Wynnum Herald thanking for our help.”

They have many regular customers some who just pop in for a browse and a chat.

“It’s not uncommon to have 2-3 locals each day pop in for a catch up.” says Yvonne with those from PNG enjoying being able to come in having a chat in the local ‘Pidgin English’ which George & Yvonne still speak.

“We have everything from Japanese helmets, French rapiers to antique items such as Russian cameras, German backpacks.” says George who is still very much part of the store despite turning 85 this month.

“That must make me one of the oldest managing directors in Brisbane.” he claims.

Whether true or not he, wife and daughter of Wynnum Manly Loan Office are certainly part of the Wynnum landscape and are looking forward to seeing the area grow.

A new way of working for Wynnum small businesses

Ian is a cornerstone of Wynnum Central 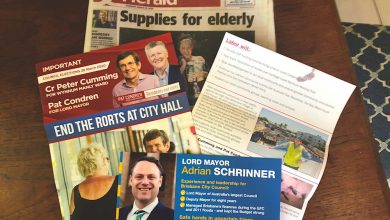 Adjusting to the new abnormal 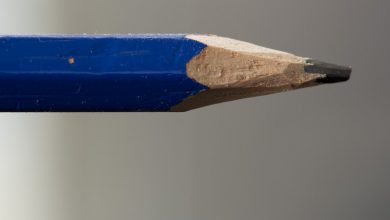