Today is Election Day – the polls are open until 6pm. It’s also Halloween, although the Manly Halloween Parade is not going ahead and neither is the Trick or Treat in Wynnum as far as we’re aware. It’s ironic in a way as this would have been one of the few years when the parade would have actually been held on Halloween, and this year – ironically – it’s a corker, with a full moon and a ‘blue moon’ (which is where it is a second full moon in the same month – a rare occurrence hence the popular saying). 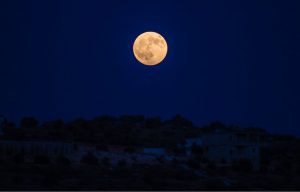 So don’t be surprised if you see a few ghouls and zombies lining up to vote.

Firstly, thank you to the 65 people who participated in our election poll. It’s a small sample and so therefore should be taken with a grain of salt, however our very small sample pools have been pretty accurate on more than one occasion!

According to the WynnumCentral poll Labor’s Joan Pease has a convincing lead, and even where you factor in preferences and ‘undecided’ (by giving all Greens votes to the ALP and all other votes to LNP, including undecided), ALP has 50.8% of the vote.

Nine people (14%) have changed their vote since last time, primarily voters who voted for the main parties last year transferring their allegiance to the smaller parties (eg LNP to One Nation and vote ‘swapping’ between the Greens and ALP – in fact mainly to the ALP).

This is unlikely to have much of an impact in the Lytton electorate, but makes it very hard to determine who will be in government in Queensland – there is every possibility of a hung parliament where the minor parties will have a big say in who forms government.

We also received answers to our questions to the UAP candidate, Jonathan Spaits, which we have updated on this page.

We include comments poll participants shared with us below…